HomeUncategorized Edge-Lit vs Backlit Flat Panel Lights – What are the Differences?

Edge-Lit vs Backlit Flat Panel Lights – What are the Differences? 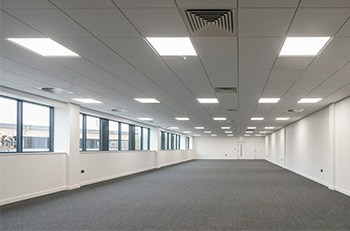 LCDs need to be supported by additional lights because they don’t produce their light. To create this light, you can either use edge-lit LEDs or backlit LEDs. The primary difference between edge-lit and backlit LEDs is in the lighting is arranged. The light sources of Edge-lit displays are placed on a diffuser (usually thin) behind the LCD to create light dispersion.

The significant advantage of using an Edge-lit flat panel lights LED display is the reduced thickness. As a result of this, the displays are placed on Edge and not directly behind the LCD. It leads to the thinness of the diffuser. Most thin diffusers are usually edge-lit and not backlit, and they transfer the majority of the components to a big stand.

Switching from fluorescent troffer lights to LED troffer lights has its benefits, but the process could prove to be daunting and not so easy. You could either use Edge-lit panels or Backlit panels. Here are the significant differences between these panels.

The two significant differences between Edge-Lit and Backlit panels are:

Concerning the location of the LEDs, Edge-lit light panels are placed on the Edge of the frame. The light that emits is guarded by a light guard panel that directs it sideways. The light board is designed for the smooth and evenly distribution of light in a given space. The sleek look of the diffusers is a result of the small depth of the panel. The installation of Edge-lit can be done in a standard grid ceiling. And the sleekness and thinness of the board make it possible to install Edge-lit LEDs on walls and ceilings using suspension box or cable installation kits.

Backlit, as the name implies, is placed at the back of the frame instead of at the Edge. This position causes the LED to shine directly out, straight through the diffuser. In backlit LED, there is no light guard. As a result of this, the light shines directly outward and does not need to be directed. The straight direct light does not cause a glare because the backlit LED also has a diffuser which smoothens the light. The risk of yellowing of light guard is absent because there is no need for one. The directness of the LED light makes backlit more efficient than edge-lit. Unlike in edge-lit, where the light travels through the diffuser panel, light only passes through the thickness of the material in backlit.

The disadvantage of Backlit is the thickness of its diffuser. You cannot install it just anywhere. It has to be installed in a drop grid ceiling. Although its panel is thicker than Edge-lit, it is still easy to operate due to its lightweight around its surface.

Edge-lit could turn yellow due to the thinness of the panel, which allows for heating of the LED models. It makes edge-lit have a shorter life span.

There is enough space between led modules which enables cooling, thereby increasing the lifespan of the light.

Due to the dispersion of light, Edge-lit is only suitable for a small area as it isn’t bright enough for a large room.

The Backlit has direct light and can be placed in high ceilings.

Knowing the difference between these two panels would help you make the best decision for your space as a novice.